A Lord of the Rings Online Kinship 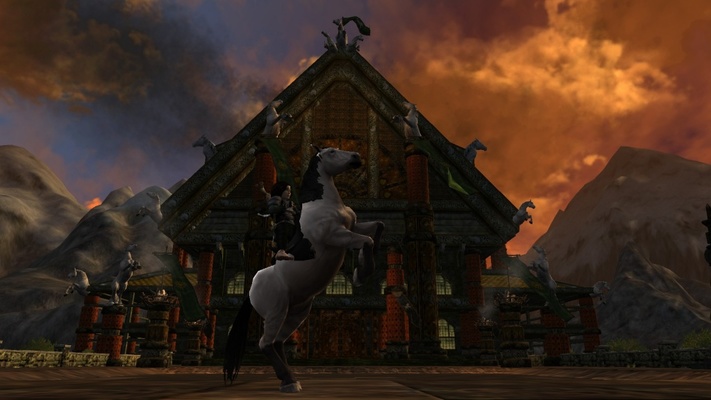 In anticipation of our kin’s second anniversary in November (and as a test of the potential of our new website!), I am pleased to announce the Meduseld Photo Contest!

Throughout October 2020, we will gather many unique photos of Rohan’s most iconic landmark: Meduseld, the Hall of King Théoden! Meduseld is visible from many different locations around West Rohan. I think there is a lot of potential for unique screenshots that include Meduseld!


Rules
The exterior of Meduseld must be visible in the photo.
The photo must be original (Please check the uploaded submissions and make sure that no one has taken a similar photo!)
We will accept up to 5 photos per player. (We may increase the limit later!)

I’ve created a new gallery for the contest. Please post your photos there!

Voting on the best photos will begin on November 1st and end on November 8 at around 7:00 pm server time, when Jimi will announce the winner at an event commemorating the second anniversary of the Mithril League!

There will be prizes!

Jimi 52d ago
Note: We had many excellent entries! At the anniversary event, Mithril Leaguers voted Penni's photo (pictured above, a heroic hobbit on horseback!) as the winner!
0 Likes
Page 1
Link to our server: discord.gg/JTQNWUKw

New to Discord? Click here!
New to the Mithril League? Check out our Charter.